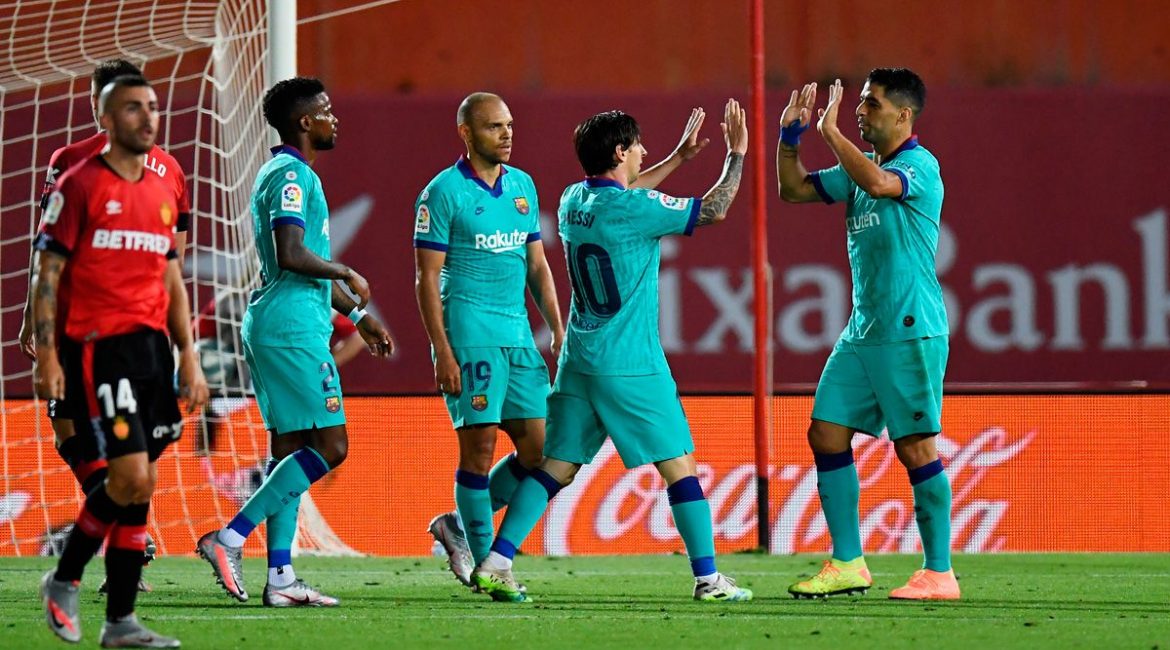 LaLiga have announced the days when Barça will face Celta, Atlético and Villarreal, in the absence of knowing the kick-off timesfcbarcelona.com06:10PM SUNDAY 14 JUNFIRST TEAM 8 hrs agoSHARE ARTICLE

LaLiga have announced the dates of the matches corresponding to weeks 32, 33 and 34 of the domestic competition, although the kick-off times for the games against Celta Vigo, Atlético Madrid and Villarreal are yet to be released.

Celta will host FC Barcelona at Balaídos on Saturday June 27, on matchday 32. In the corresponding match earlier in the season, the Catalans beat the Galician team 4-1 at the Camp Nou with a Messi hat-trick and a goal from Sergio Busquets.

On matchday 33, Barça and Atlético Madrid will face each other in what’s expected to be a great game at the Camp Nou. That game will take place on Tuesday, June 30. At the Wanda Metropolitano, the Rojiblancos were defeated 0-1 thanks to a goal by Lionel Messi late in the game.

Finally, on matchday 34, Villarreal will receive Barça at the Estadio de la Cerámica on Sunday, July 5. The reverse fixture saw Barça win 2-1 with goals from Antoine Griezmann and Arthur.