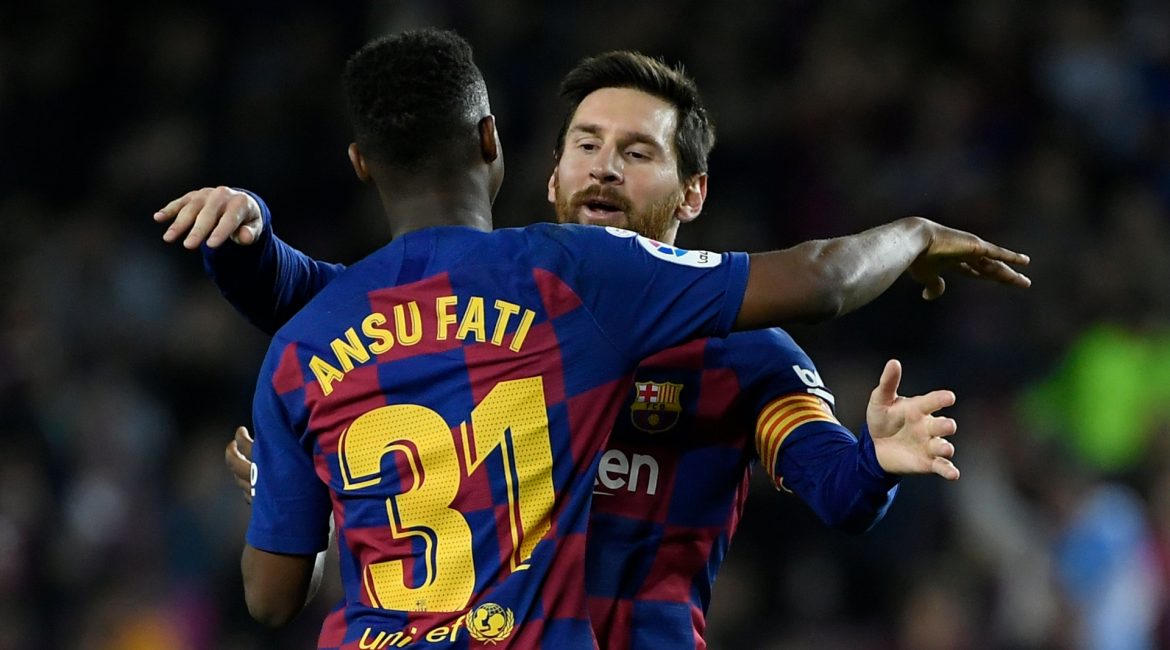 Two goals in a minute from Ansu Fati, courtesy of two Leo Messi assists, saw the blaugranes get another vital home win

Barça began their match against Levante six points behind LaLiga leaders Real Madrid, and as a result took the game to their opponents from the first whistle.

The first chance of the game took 13 minutes to arrive as Ansu Fati moved purposefully towards goal before releasing Leo Messi who shot just wide.

The captain almost capitalised on Aitor’s mistake on 16, with Antoine Griezmann also going close a minute later as the hosts ramped up the pressure.

Only a stunning stop from Aitor on 28 stopped the hosts from going ahead, Messi again with the chance, but in the very next attack Ansu Fati was set free and the 17-year-old made no mistake to put Barça 1-0 up.

A minute later, the Messi/Fati connection struck gold again, the former providing his second assist for the latter to find the net for the second time in two minutes. It meant that Fati had become the youngest player in LaLiga history to score a brace. Nelson Semedo could’ve had a third but his ferocious left-footer smashed against the crossbar.

In the final attack of the half, a superb run from Semedo almost saw Griezmann add his name to the score sheet, but the Frenchman lifted the ball over Aitor only to see his shot head agonisly wide.

The pattern continued in the second half as Sergio Busquets had Barça’s 13th shot at goal within five minutes of the restart. Ruben Rochina had a great chance to pull one back for Levante shortly after but fluffed his lines when well placed.

A couple more half chances for the visitors, wonderfully saved by Marc-André ter Stegen, saw Quique Setién bring on Sergi Roberto for Griezmann. Barça saw the game out with ease, but Rochina’s consolation in injury time meant a nervy last couple of minutes.