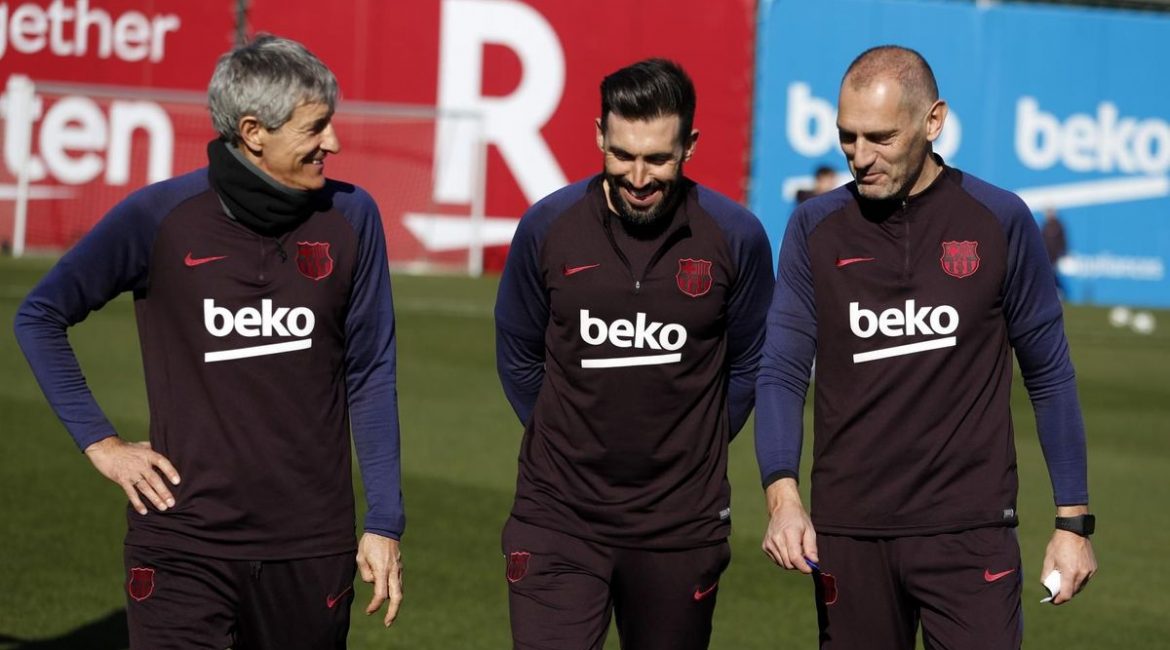 An intense day for Quique Setién. The training activity at the Ciutat Esportiva Joan Gamper was only interrupted by the presentation of the new Barca coach. In his early hours at Barça, the Cantabrian has overseen a double session.

In the morning, after greeting the players with the presence of the president of FC Barcelona, ​​Josep Maria Bartomeu, Quique Setién experienced his first training session as Barça’s new coach. The available players of the first team worked out on the Tito Vilanova pitch. Arthur trained with the group, whilst Todibo didn’t train with the permission of the club. Iñaki Peña, R. Araujo, Riqui Puig, Carlos Pérez and Ansu Fati of Barça B made up the numbers.

In the afternoon, a second session

At 6.00pm CET, the second session of the day took place on the Tito Vilanova pitch. Todibo, who hadn’t participated in the first session, didn’t train again with the club’s permission. Iñaki Peña, Chumi, Riqui Puig, Caras Pérez and Ansu Fati of Barça B also participated.