The lowdown on Atlético Madrid 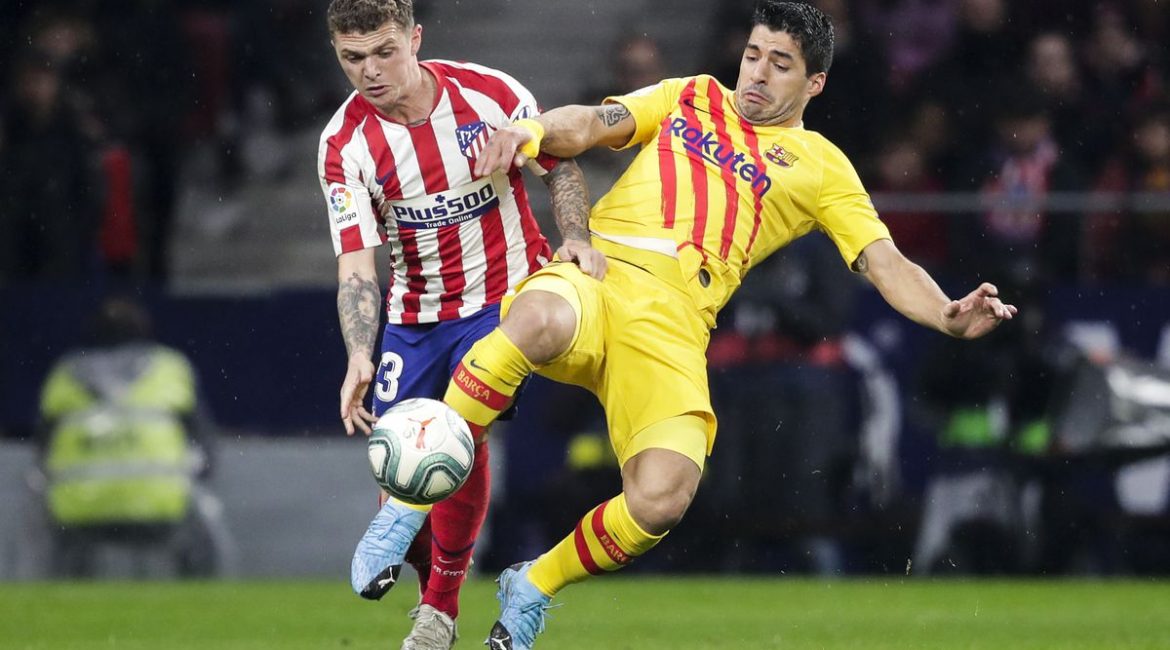 On Thursday at 8.00pm CET, FC Barcelona face Atlético Madrid in Jeddah, little more than a month after the sides met in La Liga. Let’s take a closer look at the mattress-makers.

Founded by Basques living in the Spanish capital (hence the name and red and white shirts modelled on those of Athletic Club) Atlético Madrid is one of the biggest clubs in the world. But competing in the same league as the even more gargantuan Real Madrid and FC Barcelona means trophies have been harder to come by than one would expect for a club of such stature.

They have won ten leagues, most recently in 1996 and 2014, and have won the Europa League three times in the last decade, while also reaching the Champions League final twice, suffering the pain of losing on both occasions to their city rivals Real.

They have qualified for this year’s Super Cup by virtue of finishing second in La Liga last season.

Curiously, Atlético Madrid have won the European Super Cup more often than the Spanish Super Cup, with three victories in the former and just two in the latter, in 1985 and 2014, far short of the record 13 titles won by Barça.

Barça are crowned 2013/14 Spanish Super Cup champions thanks to a Neymar Jr goal in the first leg away to draw 1-1 against Atlético Madrid. Tied 0-0 at Camp Nou

Barça are crowned 2013/14 Spanish Super Cup champions thanks to a Neymar Jr goal in the first leg away to draw 1-1 against Atlético Madrid. Tied 0-0 at Camp Nou

Games between Barça and Atlético developed a tradition of being absolute humdingers, with goals flying in at both ends, but perhaps as a result of Diego Simeone’s ‘caution first’ approach, encounters in the last decade have instead been intense, tactical and low-scoring affairs.

Barça are unbeaten in an astonishing 19 consecutive encounters against Atlético. But that’s only in the league. During that same period the rojiblancos have twice eliminated the Catalans from the Champions League.

Atlético have only lost two league games all season, away to Real Sociedad and then at home to Barça when Leo Messi struck late at the Wanda on December 1.

They are now third in the table on goals difference over Sevilla, and five adrift of leaders Barça and Real Madrid.

They qualified second in their Champions League group behind Juventus but ahead of Bayer Leverkusen and Lokomotiv Moscow, setting them up with what promises to be a cracking Last 16 tie with champions Liverpool.

The two main absentees from the squad that’s travelled to Saudi Arabia are Thomas Lemar and striker Diego Costa, with five members of the B team included and Vrsaliko, who has yet to play this season.

Kieran Trippier: “It’s a new tournament for me to be involved in and we’re all very excited to fly out and we’ll be even more excited when we arrive in Saudi Arabia.  We need to stick to our game plan against barcelona and not think too far ahead.”

Joao Felix: “We know it will be a very difficult game, in the league we saw what they are capable of. We can’t match them individually, we need to work together because they’re a strong side.”

Jan Oblak: “Barça is one of the world’s best teams and have some of the best players in the world. It’s the kind of match we like to play. Barça are doing well but we’re also strong. We finished last year with wins and are winning this year too, so our confidence is high.”

Best known for his over 100 caps, including three World Cups, for Argentina, Diego Simeone played a large part of his club football at Atlético. Following retirement, he managed a number of clubs in his home country plus Catania in Italy before being invited back to Atlético in 2011 as a replacement for the sacked Gregorio Manzano.

He has gone on to become the club’s most successful manager ever.

Atlético is the only one of the four Super Cup participants that has played in the Saudi city of Jeddah before. Local club Al Ittihad celebrated their 90th anniversary in 2016, and the red-and-whites appeared as their guests. With Antoine Griezmann among their ranks, Atlético won that game 3-2.