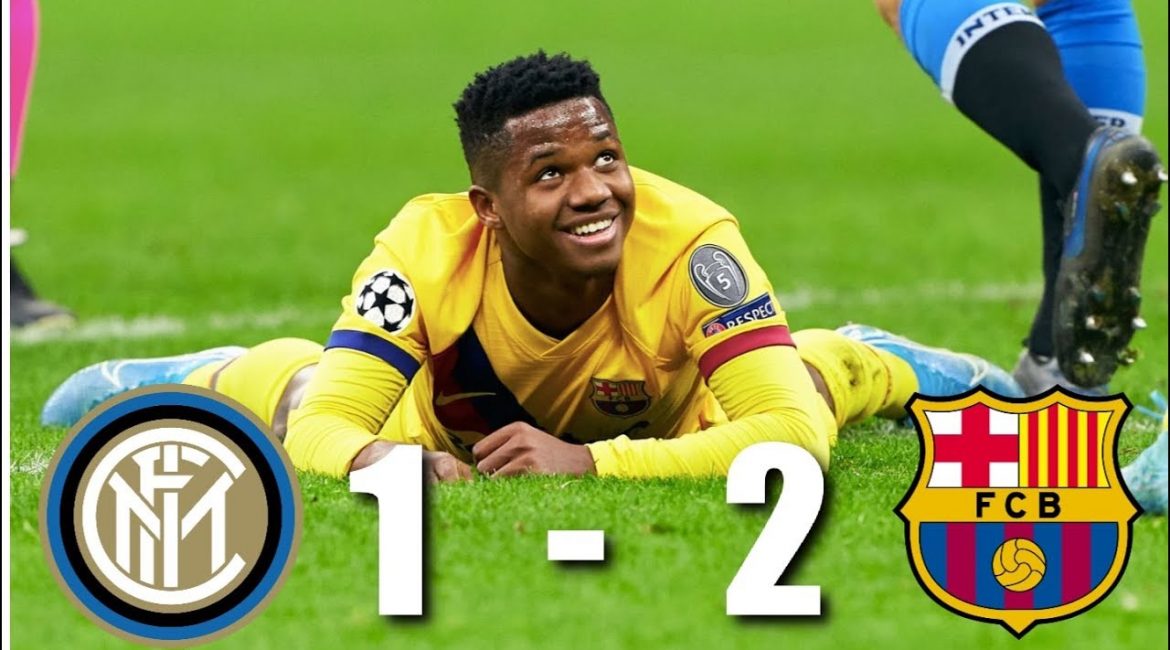 Barça had already done their homework, and with a last sixteen berth already assured in the Champions League, they only had pride to play for in the sixth and final game in their group. But the pride that comes with wearing the blaugrana shirt is a very special kind of pride, and Barça went on regardless to seal their first ever win away to the Italians giants who have won this trophy three times in the past.

And the name of the player who scored the goal that sealed the victory is one that will go down in the annals of UCL history.

Understandably it was much-changed side that Ernesto Valverde chose to field, with Carles Perez making his Champions League debut and Neto getting his first competitive start in the Barça goal.

The pressure was all on Inter. They had to win this game to be sure of staying in the competition, and any hope of a helping hand from Prague began to fade as news came in that Dortmund had taken the lead against Slavia.THE WIN AT INTER AS IT HAPPENED

Most most of the early intensity was blue and black. Inter needed this more. D’Ambrosio, Lukaku, Biraghi… they all came close, so it came as something of a surprise when it was actually Barça who took the lead on 23 minutes.

Perhaps the most surprised of all was the goalscorer himself. Griezmann picked out Vidal, and the Chilean quickly found Perez, who slammed the unexpected opportunity into the net.

As the game progressed, if you hadn’t known you might have thought it was Barça and not Inter that desperately needed the points, and so the equaliser also came somewhat against the run of play. Lautaro held the ball up nicely before laying it off for Lukaku to thunder home, and the sides were back level for the interval.

The chances were divided as the second half progressed, with Inter launching further and further into panic mode in the knowledge that a point almost certainly wouldn’t be enough. Twice they thought they had it, but Lautaro was caught offside on both occasions. The packed Giuseppe Meazza was fuming but both decisions were right.

And with five minutes to go, the home fans knew they were heading to the Europa League for the second year in a row. On came Ansu Fati. The teenager had only been on the pitch for a minute before he was firing Barça back into the lead. And in doing so, he became the youngest player EVER to score in the Champions League. Extraordinary.

The business end of the Champions League has yet to start, but for now things are looking very, very sweet indeed.