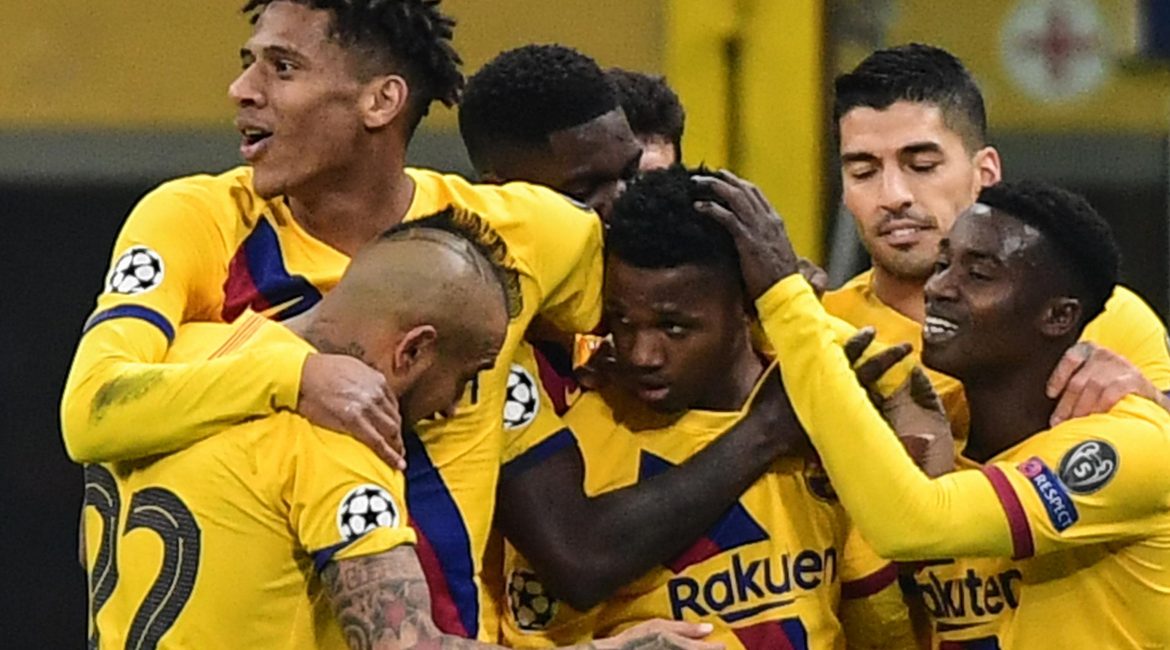 With the Champions League drawing to a close this week, following Tuesday’s games we already know for sure who four of Barça’s potential last sixteen opponents could be.

As Group F winners, the blaugrana know that they will be matched against one of the second-placed clubs in Monday’s draw, and that they cannot play Borussia Dortmund (as they played them already) or any teams from La Liga.

As it stands there are definitely two sides from the Premiership and one each from France and Italy that could be crossing paths with Barça in February and March (the return leg will be at Camp Nou).

The other two potential rivals (or one in the case of Atlético finishing second in their group) will be decided on Wednesday.

Group A: Confirmed as Real Madrid (who Barça cannot be drawn against)

Group D: Bayer Leverkusen or Atlético Madrid (who Barça cannot be drawn against)

Group F: Borussia Dortmund (who Barça cannot be drawn against)