A night of firsts in Milan 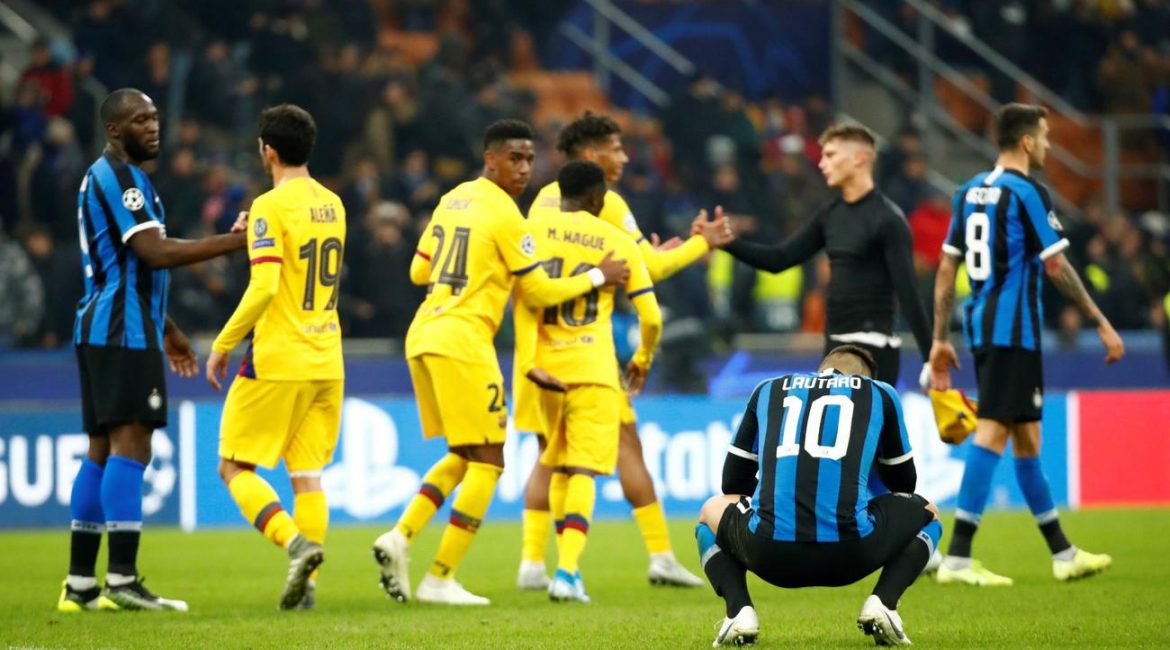 Barça visited Inter Milan safe in the knowledge that they already had first place in the group and their place in the last 16 of the Champions League guaranteed. Ernesto Valverde rotated his squad as a result and in the 2-1 win over the Italians goalkeeper Neto enjoyed his first ever official game in a blaugrana shirt whilst striker Carles Pérez made his debut in the competition.

Safety in between the posts

Neto marked his debut appearance by making a handful of excellent saves. The Brazilian denied Biraghi and then the duo of Lukaku and Lautaro on several occasions and played a vital role in Barça’s win.

Carles Pérez‘s debut in the Champions League could hardly have gone better. After just 23 minutes the blaugrana striker opened his account with an excellent finish to beat keeper Handanovic after a rebound off experienced Inter defender Diego Godín. The local born lad had chances to add another to his personal tally but in the end had to be happy with just the one goal before he was replaced by Ansu Fati in the 84th minute.