Group photo of the men’s and women’s first teams 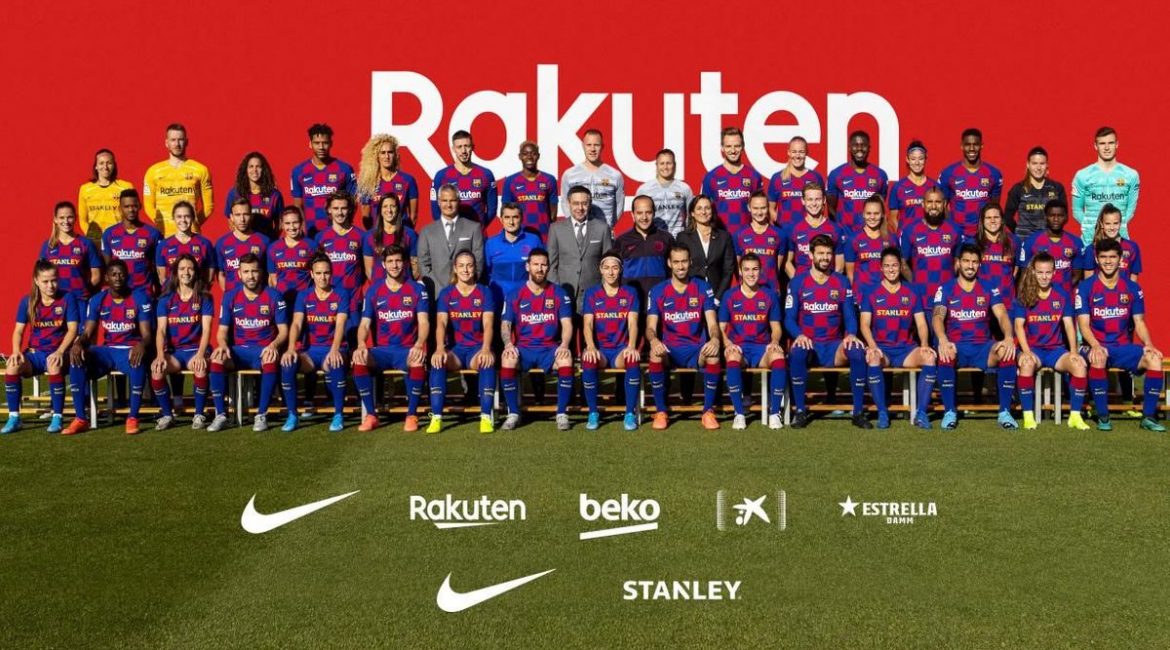 Both teams took part in the traditional photograph with the coaches of the two teams and president, Josep Maria Bartomeuwww.fcbarcelona.com03:39PM MONDAY 25 NOVFIRST TEAM 21 hrs agoSHARE ARTICLE

FC Barcelona’s men’s and women’s first teams took part in the official photograph for the 2019/20 season on Monday morning. It was a photo that included all the members of the two squads, as well as the two coaches, Ernesto Valverde and Lluís Cortés, and the president of FC Barcelona, ​​Josep Maria Bartomeu. Manager, Javier Bordas, and the director responsible for women’s football, Maria Teixidor, were also present.

Before the group photo, however, the men’s team were also photographed in the official menswear brand that dresses the players, Thom Browne, as well as the training gear sponsored by Beko. Afterwards, both teams had their photos taken separately.

Training with one eye on Dortmund

After finishing the session, first team training took place on the Tito Vilanova pitch at the Ciutat Esportiva with the players available. Clement Lénglet worked normally with the group after not being able to travel to Leganés. Iñaki Peña, R.Araujo, C.Pérez and Ansu Fati from Barça B made up the numbers.

It was the first training session of the week thinking about the important match this Wednesday in the Champions League against Borussia Dortmund. It’s a game that Barça want to win in order to qualify for the next stage, and as top team in the group. They will achieve this outcome by getting three points against the German team.