The Barça schedule up until winter break 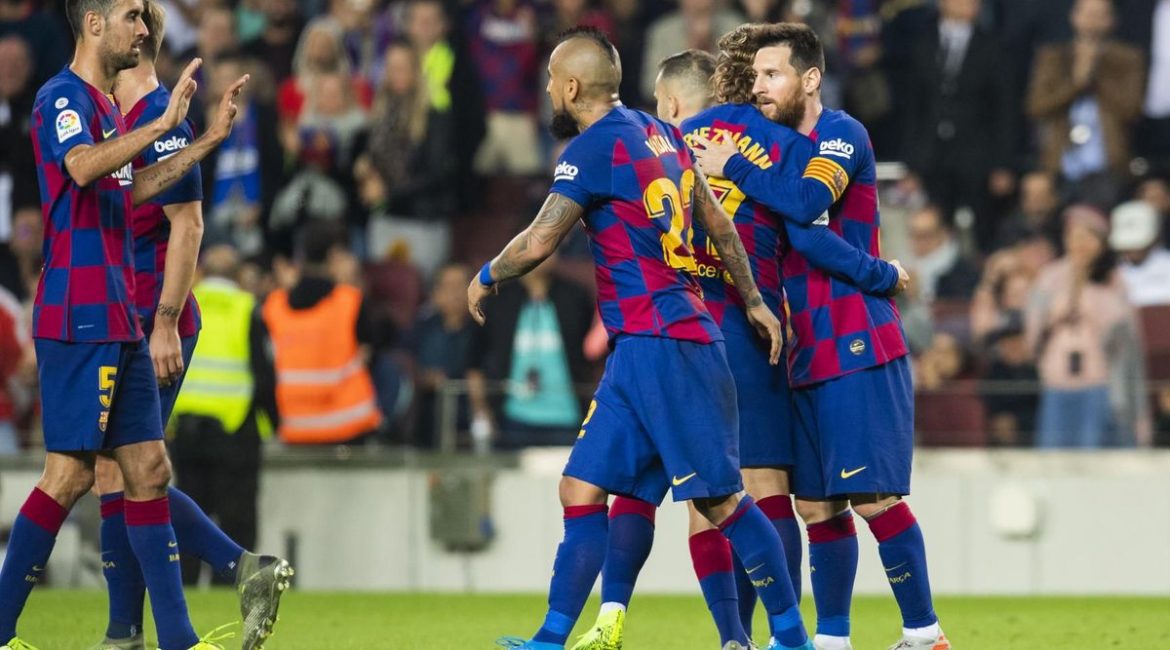 Barça have a busy run up to New Year and 2020 with what remains of 2019 bringing a run of eight matches in 28 days. Let’s have a look at what is in store from now until the end of December.

It all kicks off on Saturday 23 November in Week 14 of La Liga. Once the international break is over Ernesto Valverde’s team travel to El Butarque stadium,  the venue for a 2-1 defeat last season in the league.

The Champions League is back at Camp Nou on Wednesday 27 November. FC Barcelona and Borussia Dortmund meet on Match Day 5 in group F and a victory for the blaugranes will see them through to the last 16.

A real mouth-watering fixture to kick off the month of December. Antoine Griezmann will face his former side for the first time since his move to Barça in the summer. The two sides will meet again, this time in Saudi Arabia in January, in the semi-finals of the Spanish Super Cup.

After the game in the Wanda Metropolitano against Atlético, the league return to Camp Nou for the visit of Mallorca. The side from the Balearic Islands, newly promoted this season, make their first trip to take on FC Barcelona since a 5-0 defeat in the 2012/13 campaign. Buy tickets for matches at Camp NouDon’t miss the chance to see Barça play at their world famous stadiumBUY TICKETS

Barça return to the Giuseppe Meaza where they were held to a draw by Inter last season, also in the group stage of the competition. The clash on Tuesday 10 December could be a vital one with qualification for the last 16 possibly in the balance for both sides.

A refurbished Anoeta stadium is the venue for a week 17 clash against a Real Sociedad side who have started the season in excellent fashion. In San SebastIán the name of la Real’s stadium may now be officially the Reale Arena but that will not make Barça’s job any easier.

98 hours after the game in the Basque Country against Real Sociedad, the blaugranes face the first Clásico of the season against Real Madrid. FC Barcelona will be attempting at the very least to retain their head to head advantage in the fixture with 96 wins to Real Madrid’s 95. QUIZ! BARÇA V REAL MADRID

The final game at Camp Nou comes on Saturday 21 December in week 18 of La Liga against Alavés. The eighth game in 28 days will be the final fixture before the winter break and the resumption of the league on Saturday 4 January away at Espanyol.