Penya Beirut > News > FCBarcelona News > Victory for a good cause

Victory for a good cause 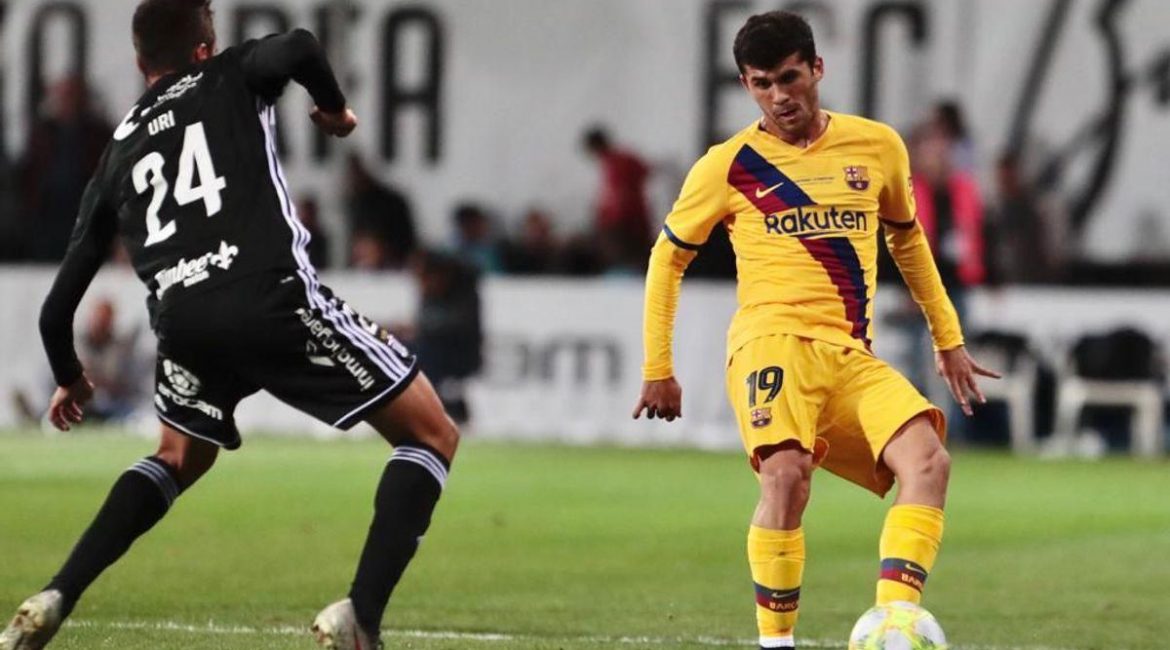 FC Barcelona beat FC Cartagena in a Wednesday evening friendly that was played in a wonderful spirit to raise funds for the victims of the devastating floods that hit the region of Murcia in September.

The charity aspect was of course what mattered most, but a game of football is still a game of football and both sides took a serious attitude to the game. For a number of Barça youngsters this was an ideal chance to impress Ernesto Valverde, and for the Cartagena players it was a rare chance to gain worldwide exposure in a game being streamed live on the Barça official website.

Chance for the reserves

All six of the first team players who aren’t injured or on international duty were included in the starting line-up, although Gerard Piqué, Ousmane Dembélé, Junior Firpo and Sergi Roberto had all been withdrawn by the start of the second half, with Neto and Carles Aleñá the only first teamers left on the pitch.

The remainder of the squad were all drawn from Barça B, who play in the same third tier ‘2B’ as Cartagena, albeit in a different group, so we very much had a match on our hands.

As is often the case with midweek friendlies, the pace of the game lacked the intensity of competitive fixtures, but the flashes of Barça class became more frequent as the game progressed, with Riqui Puig as usual displaying his exquisite passing skills. Carles Aleñá came closest, while Uruguayan Ronald Araújo did well to intervene in a rare moment of danger from the home side.

Arguably the most outstanding performer on the park was Cartagena goalkeeper Esteve Peña, who was the main reason why it took Barça 64 minutes to finally break the deadlock. Alex Collado and Carles Perez had both been denied by fantastic saves before Riqui Puig finally exploited an untidy piece of defending to get the ball straight into path of Perez, who made no mistake with his finish.

It was all Barça now, but there was just the one more goal to come when Alejandro Marques slammed in a simple finish following a fine move from Sergio Akieme.