13 first team debutantes from La Masia in the Valverde era 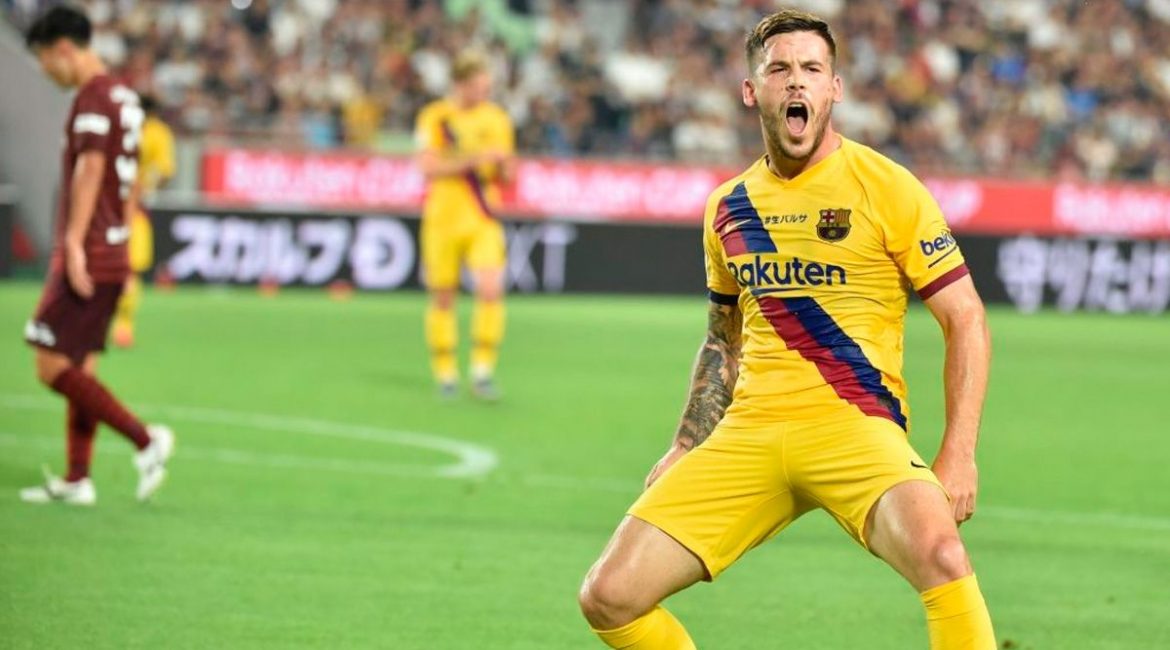 Carles Pérez, along with Ansu Fati, are the latest youngsters to debut in Ernesto Valverde’s first team squad

After beating Real Betis at the Camp Nou (5-2), a match which included the official Camp Nou first team debuts for Ansu Fati and Carles Pérez, we take a look at the 13 players from La Masia who have debuted in official competition during the Valverde era.

José Arnaiz and Marc Cucurella played their first minutes at the Nueva Condomina, where the Blaugrana won 0-3 thanks to goals from Arnaiz, Paco Alcácer and Gerard Deulofeu. In the return at the Camp Nou, Valverde gave debuts to Oriol Busquets and David Costas. Goals from Alcácer, Piqué, Vidal, Suárez and Arnaiz in that game, gave them an 8-0 aggregate victory over Murcia.

In his second year, the coach used a total of eight academy players for either cup or league matches.

In the Copa del Rey tie against Cultural Leonesa, Chumi, Jorge Cuenca and Juan Miranda debuted. In the return leg, a 4-1 win with goals from Munir, Denis Suárez (x2) and Malcom, Riqui Puig played his first match for the senior side.

In the final part of the campaign, Valverde gave Moussa Wague minutes in the league match against Huesca (0-0), corresponding to week 32. For week 36, the coach called upon Alex Collado and a week later, against Getafe, Abel Ruiz made his debut.  A goal from Arturo Vidal and an own goal from Arambarri handed Barça a 2-0 win.

On the last day of the league season against Eibar, a 2-2 draw in which Leo Messi scored both, Carles Pérez was given his first minutes.

Finally, against Betis on Sunday, U19A player, Ansu Fati, became the second youngest league debutant for the club at only 16 years, 9 months and 25 days.