Valverde, the sixth coach to win his first two league campaigns for Barça.. 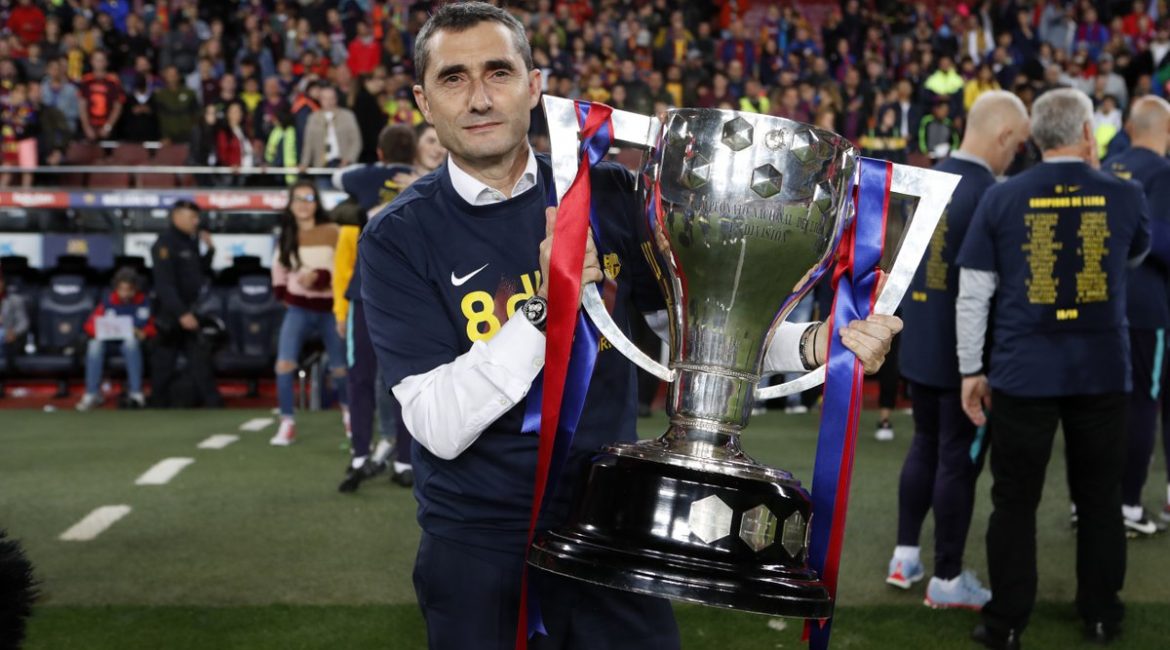 “After beating Levante 1-0 at the Camp Nou, FC Barcelona lifted its 26th league title. An eighth domestic championship in the last eleven years, and  the tenth for Lionel Messi. It’s also the second in two seasons for Ernesto Valverde, a goal reached by only five coaches previously in the history of the club.

The coach from Viandar de la Vera has won the 2017/18 and 2018/19 league titles, a record that only Luis Enrique Martínez, Josep Guardiola, Louis van Gaal, Helenio Herrera and Enrique Fernández can match.

Coaches who have won the league in their first two seasons

* Helenio Herrera made his debut as coach of FC Barcelona at the end of the 1957/58 season.
* Guardiola won three consecutive leagues.”