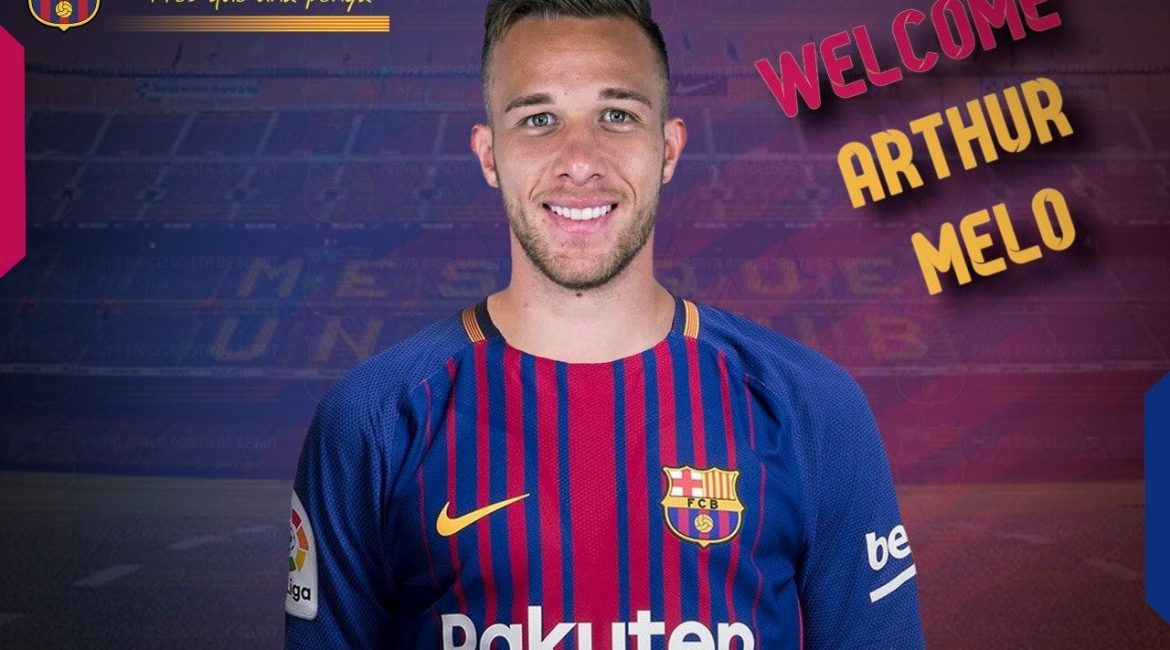 BARCELONA have announced the arrival of Gremio wonderkid Arthur, 21, who the club hope will replace departed legend Andres Iniesta.

Barcelona have also revealed they have a staggering £354MILLION release clause on Arthur’s contract, with any prospective buyers likely to be put off, even if he does progress as they hope.

The player cost Barca an initial £27.5m with another possible £8m in add-ons and has signed a six-year contract.

Arthur made 48 appearances for Gremio, with five goals for the Brazilian Serie A side after coming through the ranks at the club.

He clinched the Copa do Brazil and the Copa Libertadores during his time in Porto Alegre, but has yet to make his debut for the senior Brazil team.

Tite picked him for some friendlies in the autumn, but he did not make the final selection for the World Cup or get any game time during his time with the squad.

Barcelona are hopeful he will fit straight into the mould of player they have become famous for over the past decade.

Iniesta’s departure from the club has let a huge hole in the midfield and the club are expected to add more quality to that department in the coming weeks before transfer deadline day.

Despite not winning the Champions League last season, Barca won La Liga by 14 points and clinched the Copa del Rey.