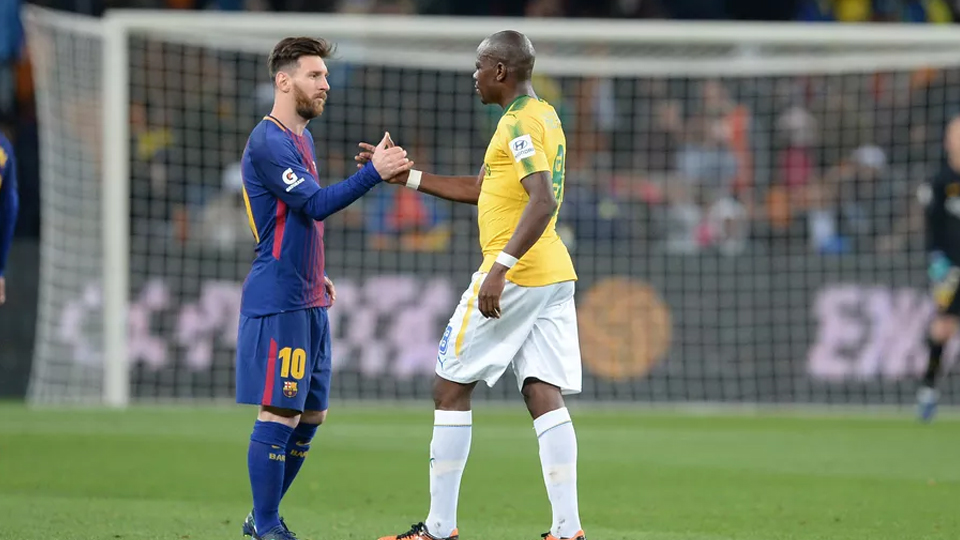 Mamelodi Sundowns – FC Barcelona: Exhibition football (1-3) | FC Barcelona
An entertaining opening saw both teams knock the ball around with purpose, and it would be the Blaugrana who would extend their lead through Luis Suárez on 19 minutes. The Uruguayan almost added another before the Sundowns had their best period of the first half, hitting the post on 26.

Recovery session after trip to South Africa | FC Barcelona
A recovery session for the squad on Thursday at the Ciutat Esportiva following on from the trip to South Africa for the friendly against Mamelodi Sundowns which ended in a 3-1 win for the blaugranes. The training session saw the 23 players who made the trip to Johannesburg take part, first team players and those from the B team, Aleñá, Ruiz de Galaretta and Cuenca.

Valverde: ‘The atmosphere was fantastic’ | FC Barcelona
”I liked our opponents a lot because of their enthusiasm, it was a very nice match and the atmosphere was fantastic. For us it’s an honour that we’ve been invited for such a celebration. We enjoyed it and wanted to win for the fans that follow us from so far away.” Valverde also noted that “it’s always a pleasure to be with them and it has been a great learning experience.”

HIGHLIGHTS: Sundowns vs FC Barcelona | FC Barcelona
FC Barcelona took a 3-1 win in Johannesburg in the friendly against local side Mamelodi Sundowns in the FNB Stadium. The game formed part of the celebrations to mark 100 years since the birth of Nelson Mandela and was the penultimate of the campaign for the blaugranes ahead of their LaLiga clash on Sunday against Real Sociedad.

Johannesburg welcomes Barça to South Africa | FC Barcelona
Johannesburg was looking forward to seeing Barça. The most populous city in South Africa enjoyed a real blaugrane festival from the moment the team arrived on Wednesday morning. The fans had been waiting 11 years to see their heroes return and you could tell.

The Andrés Iniesta farewell mosaic | FC Barcelona
After 16 seasons with the first team and 22 years at FC Barcelona, Sunday, May 20 will be Andrés Iniesta’s final day in a Barça uniform, and it will come in the final La Liga match of the season, at Camp Nou, against Real Sociedad. Thus, before kickoff, the Camp Nou fans will display a stadium-wide mosaic in honor of the team’s first captain.

Barcelona never get credit we deserve – president Josep Maria Bartomeu | ESPN
Barcelona president Josep Maria Bartomeu has expressed his displeasure that the club’s success does not receive the credit it deserves. Coach Ernesto Valverde has steered Barca to a third domestic Double in four years, with the La Liga title wrapped up with four games to spare.