Rested Lionel Messi left out of Barcelona’s trip to Levante 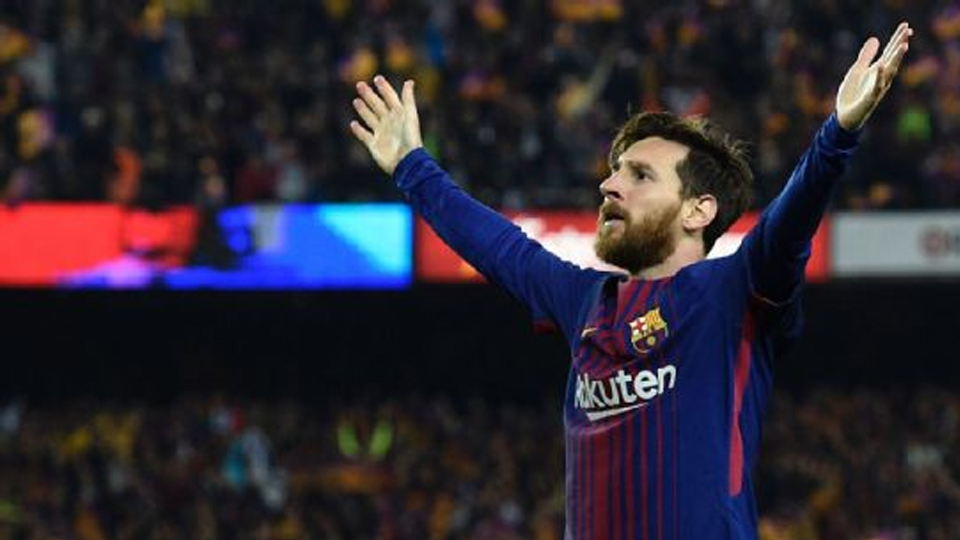 Lionel Messi has not been included in Barcelona’s squad for Sunday’s match away against Levante as the Catalan side look to take a step closer to an unbeaten season.

Barca can stretch their unbeaten run to 44 games in La Liga if they avoid defeat in Valencia, with 37 of those games coming in the current campaign.

They would then only need to navigate next weekend’s home game against Real Sociedad to become the first-ever side to end a 38-game season in Spain’s top flight unbeaten.

However, they will travel to the Ciutat de Valencia stadium without talisman Messi, who has been given a rest by coach Ernesto Valverde, presumably with the World Cup in mind.

Valverde previously had to tell Argentina that the country doesn’t need to worry about Messi’s fitness going into this summer’s tournament in Russia after the forward picked up a hamstring injury in April.

Messi had been expected to feature against Levante as he looks to wrap up a fifth European Golden Shoe. With 34 league goals this season, he is three ahead of his nearest challenger, Liverpool’s Mohamed Salah, so is unlikely to be caught regardless.

Valverde, meanwhile, said he wants his side to make history by going the whole season unbeaten. Real Madrid and Athletic Bilbao managed unbeaten seasons in 1932 and 1930 respectively, but the length of the championship was only 18 games in those days.

“In principle, that’s never been an objective for us, but now that we have won the league we need new motivations and that’s a very clear one,” Valverde said in a news conference. “It’s been a long time since anyone did it and we’re close to achieving it this year. Our main objectives are already completed, so let’s see if we can now go unbeaten. It would be historic.”

As attention in the local press turns to the summer transfer window, Valverde insisted the only thing he is focused on is the Levante game. The Valencia-based side have secured their top-flight status for another season courtesy of picking up 23 points in their last 10 matches, including winning their last four games.

But the Barca coach admitted there have already been some talks with regards to finalising the squad for what will be his second season in charge.

“We have touched on what we want to do this summer slightly,” he said. “But we want to focus on the end of the season first. If we were thinking about players for next season, I think we would lose that competitive edge. It’s a distraction.”

Valverde said the club will look within to replace the departing Andres Iniesta at first, with B team midfielder Carles Alena likely to be promoted to the first team.

“The first idea is to look at what we have here: [Philippe] Coutinho’s good in [Iniesta’s] position and there are other players, too, like Alena from the B team,” he said. “I think it’s more or less clear [Alena will be promoted], he’s been training with us all season. We will see later [if more come up with him]. There’s Oriol Busquets, but we will need to see how he is after his injury.

“We always have to be following the [transfer] market, too. We lost an important player last year [Neymar] in a surprising manner and we had to improvise. Things were turned inside out.

“With Andres, we know he’s leaving, so we have some time to plan. Some players are so special and unique, though, that it would be a lie to say you won’t miss them. Of course we will miss him, so we need to find another way of balancing the team without him.”

As well as Messi, Barca will be without Sergi Roberto, Samuel Umtiti and Aleix Vidal. Sergi Roberto is serving the second game of a four-match ban following his Clasico dismissal, a match which also saw Umtiti injure his knee.

Winger Vidal, meanwhile, has been left out for the third consecutive league fixture and is expected to be one of the players available for transfer this summer.